It all started with a tweet. When I finally got my motorcycle license, I had a twitter exchange with the people over at Harley-Davidson about getting the opportunity to get my butt on a couple of their bikes. It was perfect timing, with their having recently launched their 2016 S Series of bikes. And, just like that, I was being dropped off by a friend at Harley-Davidson Johannesburg in Sandton to pick up the Softail Slim S.

There is something about a Harley-Davidson. It taps into emotions that you never thought you had. And the aesthetics makes you feel some type of way It looks the way it sounds, guttural yet graceful, grungy with style, simple with an element of understated sophistication. The Softail Slim S I rode was dressed in a vivid black petrol tank, with the Harley badge in silver. The all-black-everything was carried across to the twin exhaust pipes, fork slider covers, the fender and rear mudguards, the headlamp ring and even the brake levers. The bike sits low to the ground menacingly, seemingly poised to jump and grab you at any moment. I found myself thinking a bit more deeply about what I was going to wear before climbing aboard. 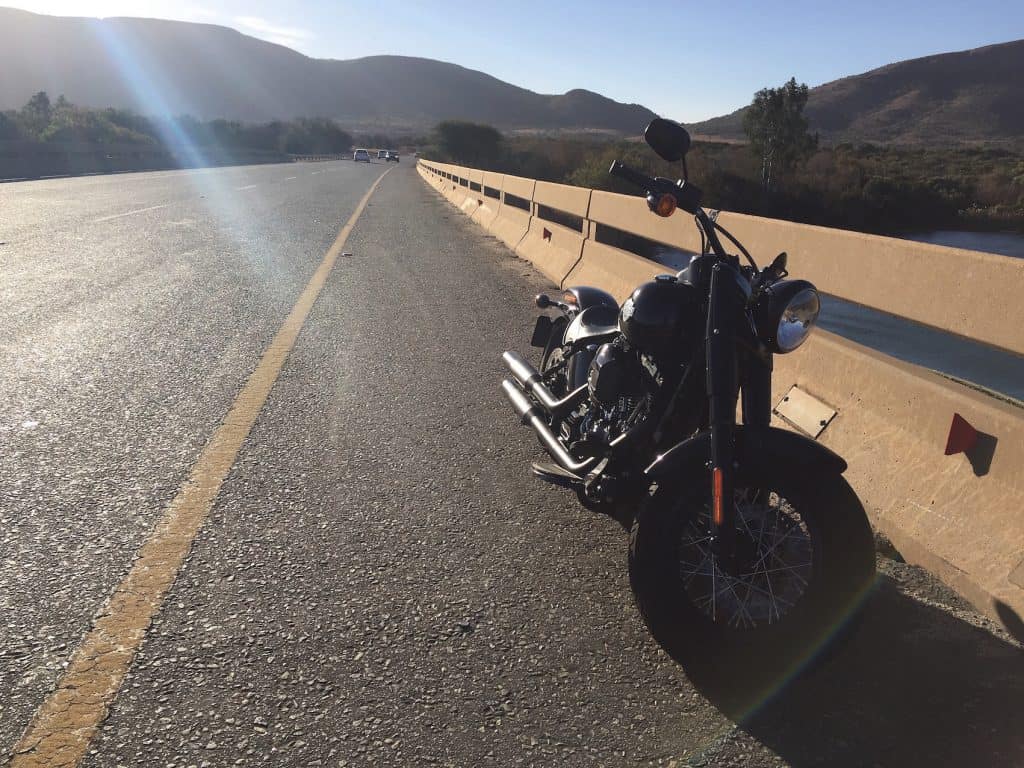 While the Softail Slim S doesn’t look like the kind of bike you commute with every day, once I got my head around the low riding position and the ability to accelerate between and past traffic on Joburg roads, it did become easier. It has healthy enough torque for the quicker acceleration but it was a lot more fun, and less strenuous, taking my time to get to and from meetings. The growl does force car drivers to give way a little.

The beast does come into its own once you head out of town. Riding out on a solo run from Randburg towards Magaliesberg with the intention of swinging by Hartebeespoort on what was probably the windiest day in months, made going nowhere slow and required all my strength to keep the bike straight and on the road. At points, I literally had to hold on tightly to the handle bars, but it was the closest I’ve come to pure, hard riding in my short riding life. And, when I hit the deeper bumps, I have to admit I did let out the occasional groan. My rear end did get numb, the further I went. 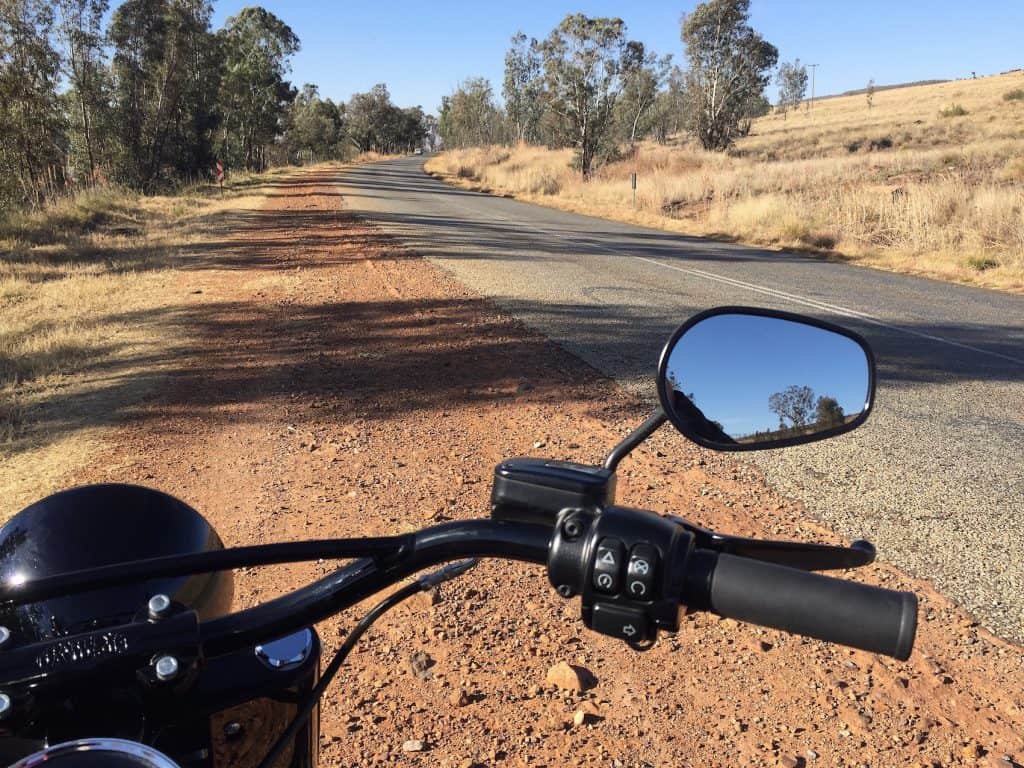 Also, with the Softail Slim S being low, the half-moon foot boards did scrape on the ground when I leaned, although with my cautious riding style, this only happened a couple of times. The seating position did put some strain on my back but that would probably go away the more I ride it.

Despite all of this, the ride was exhilarating. What started as a one-hour ride ended up being three hours – I didn’t want it to end. Gear shift was smooth, the engine roared but wasn’t overpowering, and once I got onto sections of the road where the wind was gentle, I thoroughly enjoyed the ride. 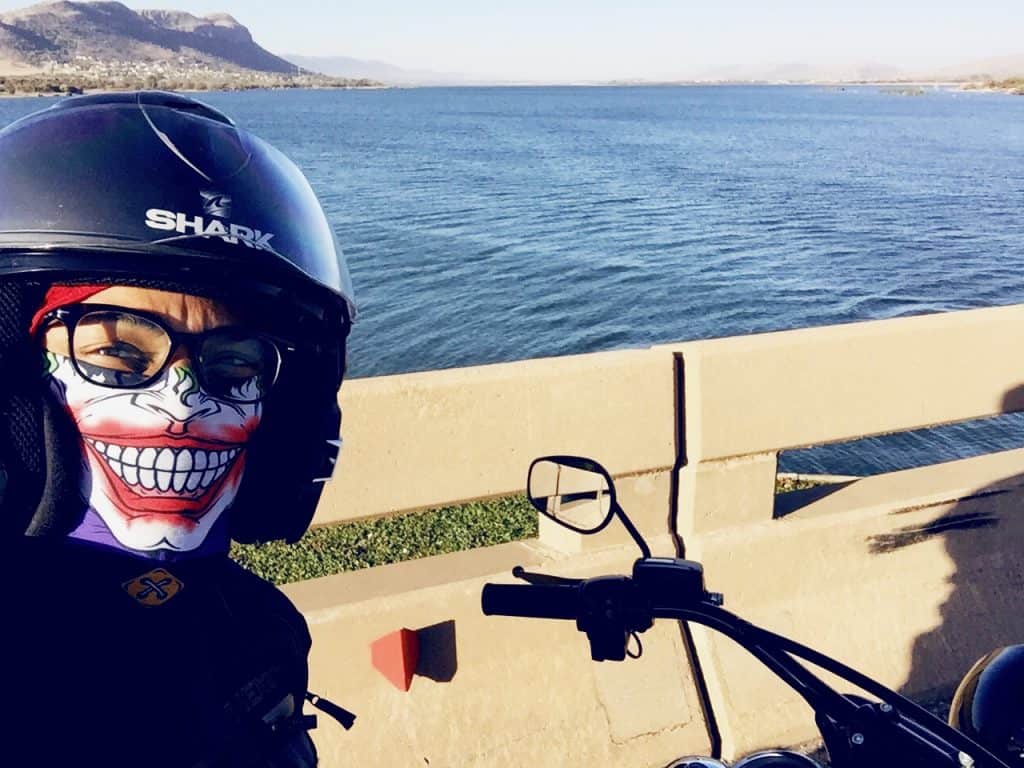 The self-cancelling indicator switch on each side makes life so much easier than the ‘toggle’ switch that doesn’t self-cancel on other bikes I have ridden. The keyless starting with automatic security system that arms and disarms depending of your proximity to the bike. The fuel gauge on the tank that looks like the fuel cap until you look closer. The digital display in the speedometer ‘console’ that shows gear, range, time and engine temperature, while not taking away from the retro, traditional muscle styling of the bike. All these little things add up to contribute to a motorcycle that can’t be explained. 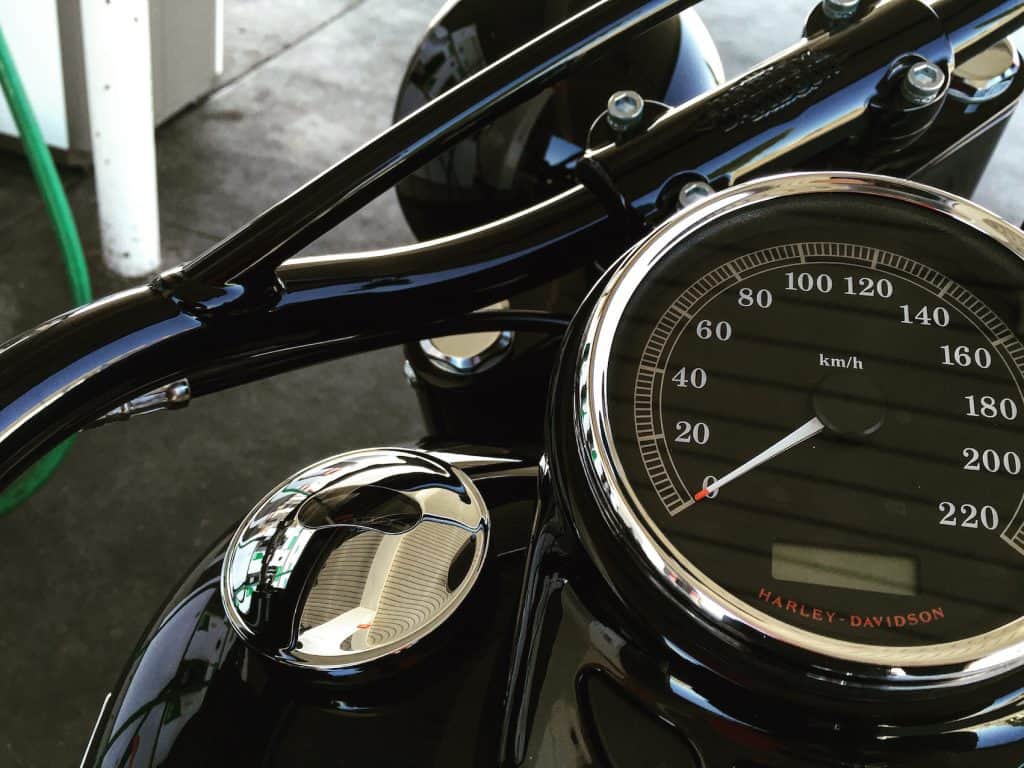 When I dropped off the bike, I was asked what I thought. All I could do was smile. I absolutely loved riding the bike.

I Don’t Have A Death Wish

The Joy Of Riding The BMW R Nine T