The headphone landscape has, over the last decade or so, been reinvigorated by the iPod and the smartphone sector. I, for one, probably listen to more music on a daily basis on my smartphone than I did, in general. At least since my Walkman and Discman became obsolete. Walk through the streets of many a city and town and you will see many a person with headphones on – whether in- or over-ear. Plus, Beats By Dre, in a way, made headphones a lifestyle item by aligning themselves with musicians, sports people and other public personalities.

Choosing a pair of headphones has become as complicated as deciding on a car, or smartphone, or any other product, because of the multitude of choices available. The first headphones are said to have been made in 1880s, primarily for telephone operations (See History of Headphones), while Sony’s main foray into the space was with MDR-3L2 when it launched its Walkman in 1979. Check out the Story of the TPS-L2 Walkman

The Sony MDR10-RBT Headphones are one of Sony’s new headphones building on the heritage they have in the space. 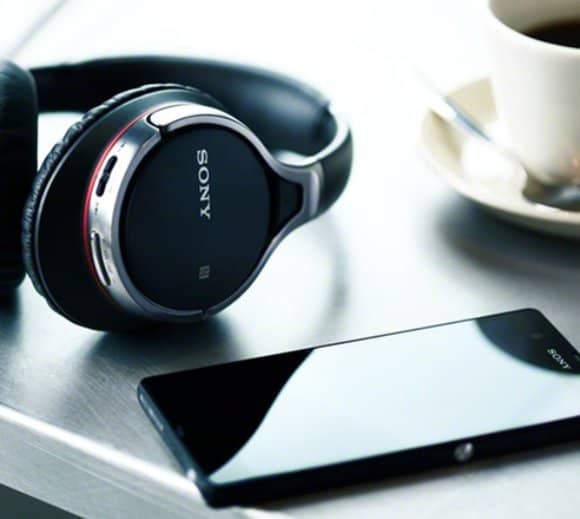 The design is simple and extremely comfortable with the controls on the ear cups easily accessible and easy to use once you figure out which side they are on – Power is on the left with the volume, play, pause and shift between tracks on the right. The ear cups completely surround the ear while the pads are soft. I used the headphones on a Club Med ski trip to the French Alps and had them on for most of the time waiting in airports, two flights and a 3-hour bus ride. Used them on the plane to watch movies as well as play music while I was sleeping and at no time were they uncomfortable.

With Bluetooth and NFC, for Android devices, pairing is straightforward. I was able to figure out how to pair via Bluetooth and pair two devices without having to go through the manual – which is still sitting in the box. The battery is said to last 17 hours. I charged before my trip and only had to recharge when I reached my destination. They aren’t noise cancelling but I found external noise wasn’t a problem when listening to music.

They also play in high-resolution audio which, while I’m still making sense of the technicalities, is defined, by The Digital Entertainment Group (in association with the Consumer Electronics Association and The Recording Academy) as: “Lossless audio that is capable of reproducing the full range of sound from recordings that have been mastered from better than CD quality music sources.” (Source)

They sell, in South Africa, for RRP of R1,200 and are available at the Sony shop at Vodaworld.

Playing With The Sony Xperia Z5