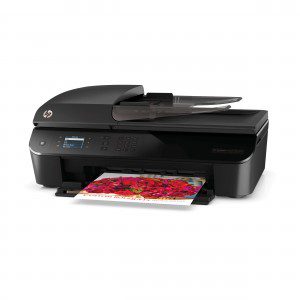 What’s your relationship with printers? There was a time when they were purely office devices for those with funds. I remember having an argument with a business partner, many moons ago, about whether it was worth getting a printer that could also fax, scan and make copies, because of the cost, plus we already had a fax machine and making copies using the printer just wasn’t cost effective (and that serves as my last word on that argument, although we did actually buy the one he wanted).

A decade later, I was giving printers away because it was cheaper to buy a new printer than buy an ink cartridge. When I worked from home, I had a printer but printed infrequently and only for really important stuff. Still found it cheaper to go to a print shop when I needed to print high volumes. One way around spending what I considered too much on cartridge was by refilling the ones I had.

In the last couple of years, I’ve generally had at least one good office-type deskjet in my home in the desire to be a bit more self-sufficient. Plus you never know when you need to print a document or something. Being traditionally brand agnostic, the decision around which printer to get was usually by how much I could afford at that time, and perceived value for money, when it comes to consumables.

HP has, over the last year in particular, gone on a drive to re-emphasis the importance of not just the printer but the quality of the print. They even brought through an ‘inkologist’ from their lab in the US to talk about what goes into making ink and the differences, in quality and value for money, between different types of ink. You can see his videos HERE.

I have also been mainly using HPs recently and the one thing that I love most about it is wireless printing. This dependency on a cable is out-dated in a mobile world. I am easy to entertain so I take great joy from being able to sit on my couch and send something to print or even emailing something to print on my home printer while out and about. Now you can even get the e-print app and print directly from your phone or tablet.

Living in a different city from my father, he’s always admonishing me about not getting enough pictures of his grandchildren. Being old school, to a certain extent, he wants printed pictures as opposed to my emailing a gang as and when I remember to. I recently participated in a little campaign with HP to truly explore the printer’s ability to print out photographs, using the HP Ink Advantage 4645. As a result, the last time my father came to visit, a printed a couple of pics for him, and have also printed some family pics we took early this year. Another thing I have been using it for is printing out images from the ‘net for my kids.

The biggest issue for me with printers is I already have a paper hoarding problem. I don’t know that it will be good for me to start printing stuff. But, I’m also using it to scan bills and other documents, and getting recycling the papers.

Win An All-In-One Printer From HP

You Started, What Next?

VISA Seeks To Redefine The Future of Payment