Mediocre. Adjective 1 indifferent in quality 2 second-rate. Synonyms include: average, fair, commonplace, ordinary, passable, pedestrian, run-of-the-mill, undistinguished, unexciting, uninspired, unexceptional. This is according to my trusty, slightly worn, Oxford Paperback Dictionary & Thesaurus. And for some vague reason, this word has been lingering for the last couple of weeks, cropping up during conversation, as I sit and watch television or listen to music. And it has me worried. Either I am truly becoming my father, or the years are starting to add up and manipulate my perspectives.

I grew up surrounded by music. Every Sunday morning, I would blast my father’s records as I washed his car, which I had to do summer or winter, submerging myself in the sounds that he loved. Before starting my task, I would go through his record collection to determine the theme of the day was. It is there that I acquired my broad taste in music: Reggae, Jazz, Soul, Rock, Classical, etc. Reader’s Digest used to have these record box-sets with a collection of records around a particular theme or artist, i.e. The Big Band Era (10 record set) or Music from the 20s, 30s, 40s, etc. I systematically went through each one, exploring, embracing and being inspired.

At the same time, I listened to radio, watched music videos and embraced the music of my generation. The 1980s were a colourful hodgepodge of styles and artists across genres. The 1990s were the true global explosion of hip hop, with its potpourri of sounds and colour that mirrored our lives. I evolved with it from 1983 and continued to find a home for myself in its essence.

And then it happened. Somewhere along the way, I was left behind. Somewhere along the way, I stopped hearing innovation and creativity and fun and inspiration and just started hearing the word ‘mediocrity’ every time I listen to music. I sit with my father and listen to him talk about the music he came up with, music that also birthed me, and am enthralled in the spirit of it. When I think of Jimi Hendrix, Marvin Gaye, Bob Marley, Fela Kuti, Osibisa, Miles Davis, Stevie Wonder, Sade and the like, I get warm and fuzzy feelings. I think of them and their music in the same breath as greatness. 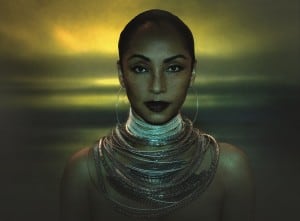 When I think Outkast, D’Angelo, Maxwell, Public Enemy, Lenny Kravitz, Prince, Seal, Jodeci, Public Enemy, Cypress Hill, De La Soul, A Tribe Called Quest, I know I will be listening to them for years to come. In the same way that I still play Hugh Masekela, Curtis Mayfield or Jonas Gwangwa, I know I will still play Mos Def, Common, Erykah Badu, Lupe Fiasco or Zubz, even if they never release albums again. The work the contemporary artists have produced, while not at the level of greatness that the older artists have achieved, has enough substance to stay relevant, for me, and they are still at beginning of their journeys.

Yet, the current artists I have mentioned are not necessarily mainstream. They are not top of playlists on radio stations around the world or on MTV. Every day, I am bombarded by music that, at best, I feel is mediocre. It really feels like we have reached a place where we consider certain artists and albums above average because what we are comparing them with is unexceptional. I listen to artists like ‘Lil Wayne, Drake, Flo-rida, etc and just don’t get the hype. It continues to be the same misogynous, uncreative, materialistic dribble that is out of place in a world in the eye of a painful economic reality. I really don’t see myself in 10 years from now going “oh, where’s my Lil Wayne CD” in the same way that, even then, I’ll hunt for my Nas ‘Illmatic’ CD, Tumi’s ‘Music From The Good Eye’, Massive Attack’s ‘Mezzanine’, Maxwell’s ‘BLACKsummers’ night’ or Musiq Soulchild’s ‘Soulstar’. 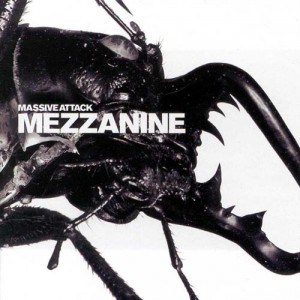 Content is important to me. I like to be told stories. I like to be taken somewhere. It doesn’t have to be ‘deep’, or intellectual, or serious. I play music to reflect my state of mind and circumstance. DJ Jazzy Jeff & The Fresh Prince entertained me with adolescent stories when I was making sense of my adolescence. Public Enemy taught me to look beneath the surface. Diddy provided me with music to dance to, and never said he was doing otherwise.

I also like to be enthralled by language; by clever turns of phrase. Eminem, Wu Tang Clan did things with words that blew me away. To a large extent, they still communicated something and it wasn’t lazy or predictable. I have had so many friends try to convince me of the quality of some of these artists and I just don’t see it. Perhaps the problem is that I compare them with the music of my youth and I have just crossed over into the age bracket that has me blocked to the current reality. I accept that. I accept that I am not the target market and this won’t affect their sales in any way. I accept that I have become that older person moaning about the music of this generation. I accept that it is also because my priorities have changed and therefore couldn’t possibly understand. I’m comfortable with that. Despite that awareness, I still feel that, as a friend of mine recently said, “popular music today is characterised by unadulterated mediocrity.” I’m Just Sayin’

Soundtrack to a Lifetime (CP)