In September, I wrote a post on how Distell has brought their different brandies under the banner of Fine Brandy.By Design and are working to change how we perceive and consume brandy. As part of that initiative, and to get consumers to explore the brands more, they have been kind enough to provide me with the prize for evolutionary readers. The prize is a FB.BD Cape Town Experience, which consists of a 2 night stay for 2 people for an exclusive distillery and food pairing experience.

I will be doing a series of four posts for the next four weeks on a different brandy cocktail and food pairing. To enter, you need to answer a simple question in the comments section for each post. In other words, only those who have answered the four questions will be entered into the random draw.

Oude Meester was started in 1948 and, at its heart, is driven by the spirit and philosophy of American Benjamin Franklin, whose face graces every bottle of Oude Meester. In a bid to evolve and redefine the brandy in a contemporary world, Oude Meester has introduced the ‘new Master’ to pick up the spirit of the old Master, namely American actor, singer, comedian and ‘Dude Meister’ Jamie Foxx.

The three variants of Oude Meester that are being strongly supported are:

The first cocktail is the Franklin, which pays homage to Benjamin Franklin, is made with Oude Meester Demant and is best paired with mushroom risotto. 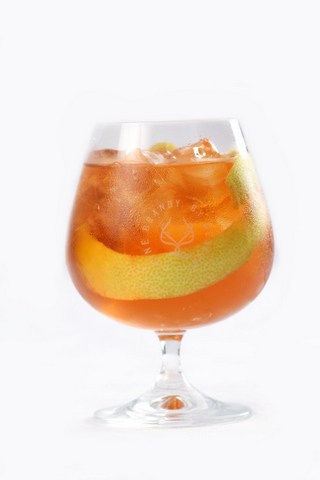 To enter, answer the following question in the comments section below:

What pot stills is Oude Meester Demant double distilled in?

Remember to answer and come back next week to find out what the next brandy cocktail is, how to make it and what to best serve it with. Below please find the terms and conditions for the competition.