Was chatting to someone on twitter about the frustrations of being constantly pitched for either writing work or to profile, cover, write about people, places and things. It is my job and I enjoy it but we need to meet each other half way. Below are my random ramblings on this. It’s long. Hope it makes sense.

Having worked in various media spaces – in particular television, print and digital – over the last 6/7 years, I have interacted with both platforms that I wanted – desperately – to contribute to and people who want to contribute to the platforms I work with. When I started producing content for television, I discovered that there is an almost symbiotic relationship between content and PR people. The latter are paid to get their clients covered in the media and the former are in a position to cover those clients. But, it isn’t a given. Working on a Venda/Tsonga lifestyle/magazine show for SABC2, I had to learn how to see all content from the perspective of our viewers. I would have people pitching content that I, personally, thought was great but wouldn’t do anything with it because it did not speak to the people who watched the show.

When I started actively freelancing, I went on a drive to contribute to as many publications as I could – to be able to make enough to pay rent, buy food and sort out school fees, you have to write a lot of words. I systematically contacted editors, writers, etc. at different magazines and newspapers with the hope that there would be an opportunity for me. Gradually, I built a decent client base that included brands looking for press releases. I was then, eventually, fortunate to get the job of editor at DESTINY Man magazine which has made me the go to person for freelancers, PR people and anyone else who is looking to get into the media, including those who want to start magazines.

Hustling For A Gig

And this is where my frustration arises. Growing up, I worked for my father’s management consulting company and, after varsity, we started an IT company and a publishing house printing a weekly newspaper in Lesotho. As a result, I had the opportunity to sit in interviews with people who were looking for employment. My father would always ask interviewees what they knew about our company and why they wanted to work there. Few had the answer because they were looking for a job and, when desperate, we are often willing to accept anything. The one thing he has always repeated is ‘know who you are talking to’? In other words, know who your customers are.

When I was looking for writing work, I would go through the publications, look at the areas they covered and reconcile those with my topics of strength as a writer and pitch accordingly. When I submitted to Mamas & Papas magazine, I sent all the stuff I had written on being a father. To City Press, I sent sample articles on Arts & Culture. This is logical yet I see so many emails from young writers and journalists who pitch story ideas and articles that have nothing to do with the publication I work for now. I recently did a guest lecture at Boston Media on life within a magazine because I feel it is important that if young journos understand the space and the processes, they’ll be better positioned to get work within that space. 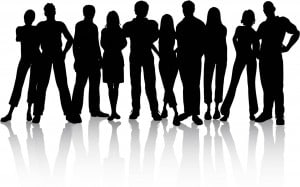 This, sadly, also applies to PR agencies. Sometimes, I get emails with a story idea or a demand to be featured in a particular issue and it is clear that they haven’t engaged with the publication and/or don’t have an understanding of who we are speaking to. I also recently chatted to a group of PR people from a particular company about process, lead times, etc. Most media platforms – publications and television – work with quite long lead times and relatively fixed formats. If the thing being pitched is so far off either lead times or relevance, it just isn’t going to make it. And, while a PR agency’s clients are extremely important to them, for me, when dealing with a gang of agencies, each with an even bigger gang of clients, my allegiance is to my readers or viewers. Because it is those very readers/viewers (customers) who the different brands want to speak to. The more we appeal to, the more the brands will want to interact with us. And if it doesn’t fit, it doesn’t fit. Format is not going to be changed.

This is a simple concept. When I write, I try to understand who I speak to. Even for this blog, or my other blogs, I try to stay clear on who would interact with this content and what I stand for and ensure that those two are reconciled. The better I am at content for this blog, the more people come and visit and engage with the content. Understand who the different platforms speak to, how they operate, what they talk about, and approach accordingly. Just because you think your client is the best thing since sliced bread doesn’t mean everyone will. Watch the show, understand its target market, and then pitch. It’ll make for a more pleasant interaction.