As we live, and learn, and grow, we leave dreams by the wayside, and move onto other aspects of this thing called life. As a child, I was always into one sport or another, both playing and watching. Football, basketball, volleyball, tennis, the various track and field events, etc, I was into them all. I was generally competent or slightly above average at most sports never really showing any type of potential beyond school – until I discovered sprinting.

My high school track was 200metres, instead of the traditional 400 metres, of grass and clay with the odd stone here and there. Running the curve was insane and running barefoot, as most of us did, meant that our feet generally had a couple of cuts but I loved it. Because Lesotho is a small country, Maseru a small city (it was still a town when I started running) city and Machabeng was a small school, there were no sprint trainers and clubs or circuit to participate in. I remember a teacher giving me Daley Thompson training videos (he was a British decathlete) and training myself using those. Friends used to give me a hard time about running alone all the time.

After high school, I spent a year in Germany as an exchange student and training with a club in my town of Oldenburg. I ran the 100m, 200m and 4 x 100m relay but focused more on the 100m. I was also shifted from anchor of the relay team (where the glory of crossing the line is) to the starter because, simply, I had the best start and could run the curve really well.

In varsity, I decided that I would run in the Olympics and put even further attention into my training, and would be on the track 6 days a week, at the gym 3 days a week and at basketball practice or playing a game 3 days a week. Until, in 1994, while training for the opportunity to hopefully qualify for the 1996 Atlanta Olympics, I hurt my leg, bursting a blood vessel during a basketball game. The first two doctors I saw diagnosed it as a muscle strain and, but the time I saw the third doctor – on a Tuesday having hurt myself on a Saturday – the muscle that is responsible for pulling my foot ‘up’ had become gangrenous. I spent close to 10 days in hospital, where I went into theatre 3 times where the muscle was removed, and fitted with a prosthetic support. I was told that, a couple of hours later, I would have had my leg amputated. About 2 years later I had a muscle transfer done but had to give up on the idea on running. 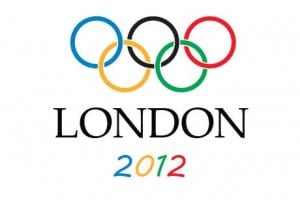 Since then, I’ve always had a strange relationship with athletics, especially the Olympics, where I await the 100 m with anticipation and watch with bittersweet memories. That was my dream. This year, for the first time, I could watch without feeling a little sadness and was in awe of what is probably the greatest ever 100 m final the world has ever seen. Athletes like Usain Bolt are amazingly inspiring but, even more awe-inspiring, are the athletes who compete in the Paralympics.