In late May, I signed up for a Fundamentals of Digital Photography course with the College of Digital Photography as part of Sanlam’s National Start Something Day campaign (well, to be honest, I’m using them to do something I’ve procrastinated on for a minute) – I did a post on this some weeks back. Armed with my Sony A33 D-SLR (not knowing what that meant), I made the short trip to their Fourways facilities from my office, prepared for 3 hours of learning, though absolutely clueless to what this meant. I mean, the camera has this Auto thing where you just point it at something, press the button and there is a picture.

I met our two instructors – George and Dave -, sat down in a room with about 8 women, was handed an A4 course book and we begun. After we were eased into it with the basics of how a D-SLR camera is put together, we were shifted from Auto mode to the terrifying Manual. Let it be noted that I’m the guy, growing up, who was rarely in family pictures, because I always took them. And all I would do is look, point, shoot and hope for the best. it was during the days of film so, if I’d messed up, I only got into trouble a couple of weeks later once my father had it developed. Now, all of a sudden, I am on Manual mode. For the camera to take a decent picture, I have to do the work. I learnt things like ISO, Noise Reduction, Shutter Speed and Aperture but my biggest moment was discovering that, if you fiddle just right, you use these things to balance the Light Meter and end up with alright pictures.

Assignment one was to do Manual Exposure Light Meter Readings (let’s just pretend I now understand what that means, exactly).

Lesson two: I was feeling slightly better and more knowledgeable of how little I know, especially after doing my assignment last minute on a Sunday afternoon. This was the really depressing session, especially to start. We went through the different kinds of lenses there are and were shown what each can do … and then given a cost estimate … yeah … photography is an expensive hobby to have. Anyway, we started getting into light and white balance and what those other buttons mean. I was glad to find out that we were allowed to use Auto Focus – my initial attempts at manual focus would suggest I was under the influence, which I wasn’t. We used words like intensity of light, colour temperature and managing contrast. I won’t lie. I didn’t grasp every concept but definitely felt a little less ignorant.

Assignment two was applying the above and doing some low light photography. And yes, I did the assignment last minute again on a Sunday.

Below are some of my laughable attempts from my assignment. I am proud of myself though. There are a couple of numbers in a camera viewfinder that I now understand. 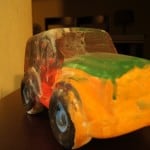 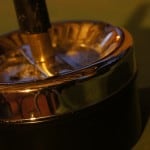 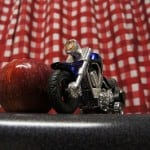 Next post I’ll chat about the Outing that we had at the Walter Sisulu Botanical Gardens. The day started below freezing point. And we had to take pretty pictures.

You Started, What Next?

Playing With The Sony Xperia Z5