Quick note: My close to two year relationship with City Press newspaper as a columnist in their lifestyle supplement 7 (formerly City Pulse) has come to an end. I will continue posting previous columns.

The question of what the role of the media – print, television, radio – is in a society is one of those that has the potential to explode into a finger-pointing, screaming & shouting, borderline brawl. In South Africa, the accusations of racism and bias are well-documented although what it is true is usually determined by the side you pick. What is often overlooked is the subtle aspect of media control particularly in its influence of arts and culture. Our society, for very long, has been centred on the Hits. The best products and practices are what are positively highlighted by the media; the rest are irrelevant. Yet, the best is relative.

Before I go any further, I am a conspiracy theorist but, being someone who dabbles in the media space, I have never been approached to be part of some whole syndicate designed to focus attention on the mediocre few while ignoring the talented many. As a result, I do believe that we are all fallible as human beings and, therefore, will lean towards certain things and people because of personal taste or bias. The problem arises when we do not recognise this and allow it to dictate what we put out there.

With that said, South Africa finds itself in an interesting position as a country considered an economic and social superpower on the African continent. It has the potential to become one of the continent’s – and the world’s – greatest countries. It also has the potential to act, and be perceived, as the colonisers did, particularly in the popular culture space. 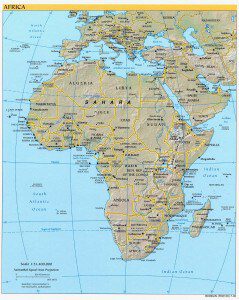 A couple of weeks ago, the 2nd MTV Africa Music Awards took place in Nairobi, Kenya to acknowledge and celebrate the impact and influence of contemporary pan-African music and artists. Hosted by Haitian-American Wyclef Jean, South African (15), Nigerian (15) and Kenyan (6) artists garnered the most nominations and led the way with awards won. Jay-Z, Kanye West, Green Day, Rihanna and Coldplay were also nominated, which seemed a bit out of place for Awards that are to represent the best that Africa has to offer. We have yet to see Jabba (HHP), Mode 9 or even UK/Ghanaian rapper, Sway, included in the Best Rap Category for the MTV Music Awards, so why include them here?

Anyway, on websites and social media networks, there have been murmurings that there is a bias towards SA and Nigeria when it comes to music videos played on MTV Base and its competitor, Channel O. Whether factual or not, the above does give one reason to pause. The Channel O Music Video Awards are taking place end of October and, while there does seem to be a broader spectrum of African artists nominated, there are more South African artists than anything.

Now before anyone bursts a blood vessel, please understand that I do not have anything against the celebration of Mzansi artists. In fact, would one be off-the-mark in saying that, because these channels are based in South Africa, there will be a natural tendency to lean towards what is easily accessible? And that they are also accessible for artists and labels to submit their videos? I don’t think so. If these channels were designed to cater to primarily the South African audience, there wouldn’t be anything wrong with this. But, they are positioned as African channels.

One should also note that the former SABC Africa, now International, is also positioned as an African channel but because home base and primary studios are in South Africa, the South African interpretation ends up colouring everything without being inclusive.

I am not seeking to bash South Africa or Nigeria. In fact, I am admirer of both nations and their people for continuously pushing the envelope in the creative industries. Can one lament the fact that Nigerian artists work very hard at building their careers and pushing their music beyond their borders? No. I have a great deal of respect for their commitment to their art and actually look to them for inspiration to develop myself as an artist. More and more, Nigerian artists are working with South African video producers to produce videos that of international standard.

What is a bit concerning is that, as custodians of urban African culture and music, a bit more could be done to ensure that a broader spectrum of the continent are able to benefit from these platforms. Channel O does have shows like Emcee Africa and Dance Africa that reach out across diverse countries and these can be used to create that feeder network for identifying and elevating artists from across the continent. MTV Base does go across the continent to film events and the like. These give us insight into the scene in different spaces. And they have brought in VJs from different countries to give a broader feel. I just feel that more could be done.

I understand there is a business imperative to everything but it makes absolute business sense to position oneself as a true home of African music by creating the processes to ensure that your reach is as wide as possible. This creates a stronger relationship with a larger portion of your viewers. And the spirit of Africa is a collective spirit. Let us all build together without prejudice.

This Is True Africa