It is getting confusing keeping track of all the official songs for the 2010 FIFA World Cup in South Africa and now FIFA and Sony Music Entertainment have announced a new one written and produced by R. Kelly. The song Sign Of A Victory (<– click on link to listen) will be performed by R. Kelly and the Soweto Spiritual Singers choir at the opening ceremony of the World Cup at Soccer City on June 11th.

The Soweto Spiritual Singers is a 27-member ensemble which performs gospel and traditional music. The proceeds from the song are said to be going towards assisting ‘African charities’ including the official campaign of the 2010 FIFA World Cup 20 Centers for 2010 whose aim is “to achieve positive social change through football by building twenty Football for Hope centers for public health, education and football across Africa, and other African charities.” 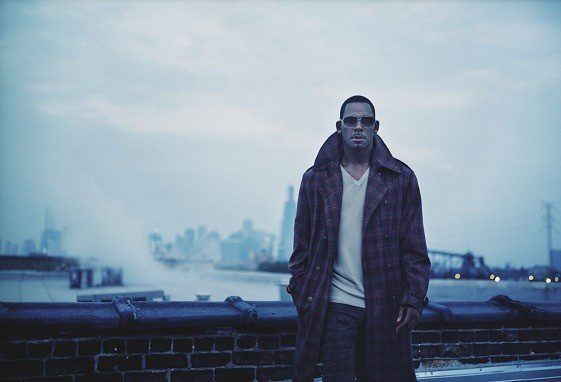 “I feel blessed that Sign Of  A Victory was selected to be part of the 2010 FIFA World Cup,” said Mr. Kelly.  “The FIFA World Cup is an event that brings the world together and inspires us to be and do the best we can. It’s this uplifting feeling that I tried to capture in the song.”

“It’s also a great honor to perform with the Soweto Spiritual Singers,” he added. “They represent the best of South Africa and I’m proud to work with such a talented group.” The Jive Records recording artist received a warm welcome to Africa last June, when he performed a sold-out six-concert tour in South Africa and Nigeria.  The multi-Grammy-award winning star spent time with South African luminaries and was “overwhelmed by the beautiful continent.”

The Soweto Spiritual Singers commented, “we share our exhilaration in working with R. Kelly on ‘Sign of A Victory.’ It is a testament to the talent and artistry we possess as South African artists that we can stand shoulder to shoulder with our fellow international musicians.  Our experience has been overwhelming and we are highly honoured to work with R. Kelly.”

Sony Music is going to be releasing Listen Up! The Official 2010 FIFA World Cup Album set for release on May 31/June 1 internationally and ‘Sign Of A Victory’ will be included. It is a nice enough song, definitely better than Shakira’s Waka Waka.

I really am curious as to how many more official anthems we are going to hear by the time the World Cup kicks off. Also whether the Soweto Spiritual Singers actually got to meet R. Kelly and record with him as opposed to in two different locations.

Battle of the Football Ads