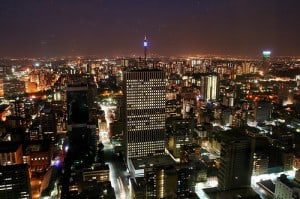 It was a normal night somewhere in 1999/2000. Like many, I had come to Joburg in search of dreams and a taste of the big city’s bright lights. I had been invited to a party in Morningside by a young lady I was interested in getting to know better – I was single and allowed. At the same time, my cousin wanted me to go through to a spot called 206 in Orange Grove for a live performance by a group he did not know. In reality, he probably just wanted me to go through with him because I had the car, but he claimed it was because he had met a member of the group and it would be a fun evening out. I still do not know why I went with him and came up with an excuse to liaise with aforementioned young lady at another time.

206 was the one space in the city that explored the less-than-mainstream aspects of music and popular culture, from drum & bass to hip hop, at a time when it was hard to hear such sounds in the more fashionable spots. Later I would run monthly poetry sessions there because it had that energy, that spirit. The bouncer knew everyone who came there and you always felt like you belonged. There were different spaces with the main part having a small stage, bar and dim lighting.

We arrived before the show was to start. There were small tables with candles dotted around the room. We briefly met with the group, blk sonshine, which was made up of two brothers on guitars, Malawian-American Masauko Chipembere and South African Neo Muyanga. That was the beginning of a journey through the streets of Joburg, following them from venue to venue, submerging myself in their amazing creativity. Regularly returning to 206, while they performed, an amazing artist and friend (who I ashamedly haven’t seen in years) Nico Phooko would paint on stage, inspired by the music. 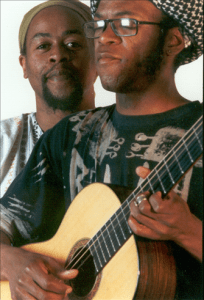 It was an amazing time to be in the city. The first time I found a space in the city where I could share my poetry, it was because of blk sonshine. Neo invited me to a spot, Jungle Connection, in Doornfontein and there was poetry. On that stage, I would later see poets, emcees, comedians, etc who would later make a significant mark on society; people like Tumi (from the Tumi and the Volume), Lebo Mashile, David Kau, MXO, Slikour and Sugasmaxx (from Skwatta Kamp), etc.

When they finally recorded their first album, the self-titled blk sonshine, I was fortunate enough to get one of the first copies … signed. I’m still harbouring some serious issues because my cousin actually lost my CD. I heard the music hundreds of times and yet, to this day, I am still in love with their creativity. In time, Masauko went back to the US and Neo moved to Cape Town. A couple of years ago, they came together to do some shows. I couldn’t go. I had reluctantly come to accept that I probably wasn’t going to see them together again but, fortunately, I was wrong. 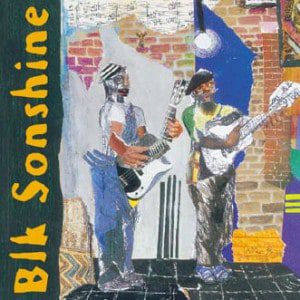 I recently got a call from Sony Music to come by and pick up a CD (I am blessed to get that call every now & then). Blk sonshine have released a new CD Good Life. Recorded some years ago, the music is as timeless as ever and both took me back and laid the foundation for the future. 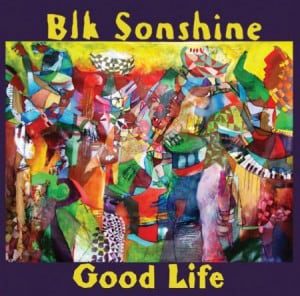 As if that wasn’t enough, last night, I was taken into the past and shown the future. They performed – with Tony Paco on percussion & drums and Concord Nkabinde on bass – to a room of loving fans at the Baseline in Newtown and it was as if they had never left. There are moments in time when there are no words that can adequately capture the emotion, the experience …. last night, for me, was one such night. It felt like a reunion and it was awesome to re-connect with Neo and Masauko.

If you haven’t had the chance to listen to what blk sonshine creates, do so. Good Life is on high rotation and I am still searching for the first album, which was lost so many years ago. I am hoping that, with this new release, someone will think to re-issue the first one.

Poetry Performance At The Blues Room