Have you ever thought about what truly influences your smartphone spending habits? With the exponential improvements to smartphones that have happened over the last couple of years, I was often mesmerised by the specs and features. For example, the higher the megapixels the phone’s camera had, the more excited I was, as an amateur mobile photographer. Until I saw my pictures. And then I wasn’t so excited anymore.

As a side note, in a discussion about smartphone cameras, someone (can’t remember who so can’t give credit) made the comment that, as important as the camera specs is the actual smartphone display because we spend more time looking at the pictures we take on that device than anywhere else. From taking the picture to editing and posting to platforms like Instagram, you probably have countless pictures you’ve never actually seen off your mobile.

Now, when playing with a new phone, my focus is on how it feels and how it makes me feel. Specifications are still important but it’s more about the moment when you first see it, touch it. The colour, the design. The weight in your hand, how it feels when you put it to your ear. It’s in the little things. Each device has something different, something that sets it apart. With the Xperia Z5, that thing for me is its form.

Sony has, with Xperia range, created a physical identity that separates it from the other smartphones on the market. The slim block form has been smoothed out a bit with the Xperia Z5 making it less harsh than the previous versions while maintaining the aesthetic. I also like that it has some heft to it, weighing in at 154 grams, which is still light enough to not be uncomfortable. It comes in chrome, black and gold. I played with the gold one which stands out without being ostentatious.

Being a person who uses my mobile device to listen to music, it has 3GB RAM, up to 32 GB flash memory and can take a microSD card of up to 200 GB, which is more than enough to store my music, random pictures and countless videos of my children. The High-Resolution Audio, Digital Noise Cancelling and Clear Audio+ make for decent music listening as well. Also, the auto-headset compensation works quite nicely. 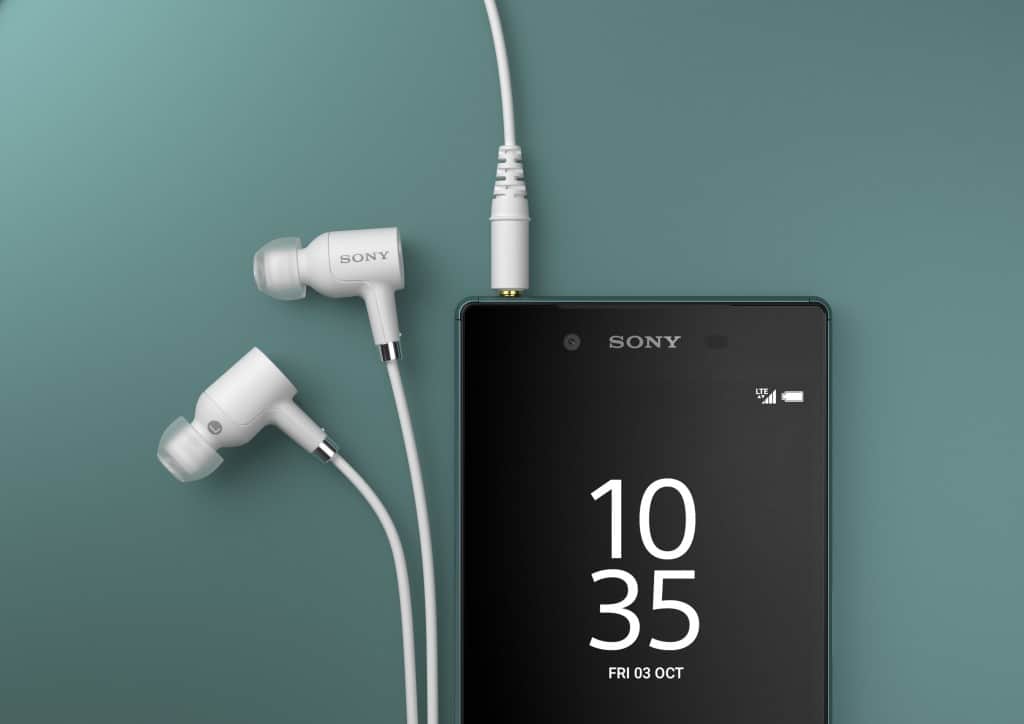 It is a single SIM device and I’m glad that manufacturers seem to finally be settling on Nano SIM cards, which means I don’t have to have a second SIM card when switching between devices – I do this more than I should. I was fortunate enough to be at CES in 2012 when Sony was unveiling their Triluminos and X-Reality display technology in their televisions and they have carried this over into their mobile devices.

The Z5 has a 5.5” 4K UHD Triluminos display for mobile and X-Reality for mobile display, which makes for great visuals on the device, whether it is viewing pictures or watching video.

The main camera is 23 MP, with wide-angle G Lens (24mm) while the front camera, which I rarely use, is 5 MP with a 25mm wide-angle lens, video stabilisation and also shoots full HD video. The main camera can record 4K video, has 5x Clear Image Zoom and up to 8x Digital Zoom. Although I tend to shoot in Superior Auto and love that fact that when you tap the screen to focus, it takes the image, the manual mode has everything better picture takers than I need, including up to ISO 12800 photo and 3200 video.

The Z5 is waterproof and dust tight and is said to have up to 2 days’ battery life. The fingerprint sensor is in the power button. I was able to setup and use it with relative ease with my thumb. Overall, I enjoyed my time with the device. I have a couple of friends who have switched to it and are very happy with the performance.

Playing with the HiSense C30 Rock